Amazed with tango, surprised with the ancient and modern architecture, captivated by the gastronomy and, above all, attracted by the possibility of making getaways: Chilean, Paraguayan, and Bolivian influencers described how they felt after touring Buenos Aires and Rosario, the city where Lionel Messi was born and raised in the Province of Santa, Litoral Region.

Executive Secretary of the National Institute for Tourism Promotion (INPROTUR) Ricardo Sosa claimed, “Our digital positioning continues to grow thanks to the great number and variety of actions carried out since the beginning of our administration. With the arrival of influencers, we are strengthening these efforts and reaching multiple audiences so that they know about Argentina’s destination excellence.”

It should be noted that this measure was taken with the support of the Argentinian Chamber of Shopping Centres, which allowed influencers to visit Alto Palermo, Unicenter and Alto Rosario Shopping Centres, and the Secretary of Tourism of the Province of Santa Fe. These trips are part of INPROTUR’s invitations for influencers and the international press to make all offers across the whole country visible. Through a variety of profiles, the guests show everything the country offers from different angles for their large audiences. 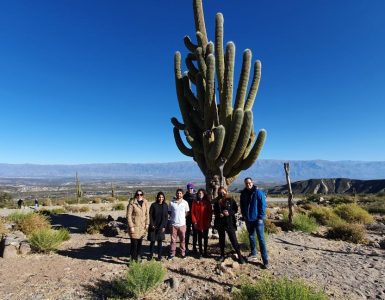 INPROTUR resumed trips for the international press with the aim of making Argentina’s touristic offer visible to the main media abroad. The tourist reactivation of Argentina is taking place at an accelerated pace and...