The country’s innovative digital promotion strategy was applauded in the First International Congress “Gastronomy in the Way”. This event was organised by the Camino de Santiago Order and part of the INPROTUR team’s extensive schedule in the autonomous community of Galicia.

Spain occupied the seventh position in the ranking of arrivals to Argentina, with around 215 million tourists coming to the country in 2019, before the pandemic. This number confirms the Spain market importance for inbound tourism in Argentina. Moreover, the cultural and emotional proximity between both countries considerably boosts touristic possibilities.

Seeking to have those statistics again as fast as possible, the National Institute of Tourism Promotion (INPROTUR), represented by the International Tourism Promotion Coordinator, Oscar Suarez, carried out work activities in the community of Galicia that started on the past November 15th and finished today with great results.

The INPROTUR’s Executive Secretary, Ricardo Sosa, pointed out, “Our connection with Spain is very special. The bonds that tie us are very strong, and touristic opportunities are always favourable based on that. In the context of the tourism recovery we are pursuing, this mission in Galicia makes us stronger and encourages us to keep on making more and better offers for the Spanish market.”

During the first days, INPROTUR’s scheduled activities included meetings with Jesús Francisco Ares Vázquez, Vice-president of the International Association for Tourism Cooperation (ASICOTUR) and President of the Association of Galicia’s Tour Operators (ATREGA). Ares Vázquez was informed about the recent border opening of our country, the competitive advantages our destination offers (such as the economic opportunities, percentage of vaccinated people, and flight frequency increase), and INPROTUR’s tools as the Content Hub and Business Meetings, among others.

Subsequently, the focus was on positioning Argentina’s gastronomic offers and presenting Visit Argentina’s Strategy as a Success Case in the First International Congress “Gastronomy in the Way”, organised by Camino de Santiago Order. The Order itself gave Oscar Suárez a commemorative medal for tourism promotion, among other merits.

Argentinian products and wine were tasted in the Congress and welcomed by guests. It is important to mention that 61% of tourists who come to Argentina carry out gastronomic activities. In addition, 54% of business travellers take culinary offers as their first consumption activity.

There was a very special meeting with the Spanish tour guide, Ana Otero, who had outstanding participation in El Día Después —a virtual meeting cycle on INPROTUR’s institutional YouTube channel with Camino de Santiago Order’s support.

Last but not least, it is worth noting that Alejandro Rubín and Pablo Rivera, ASICOTUR’s representatives, will attend the next edition of Argentina’s International Fair of Tourism (FIT), taking place from December 4th to 7th in the city of Buenos Aires. 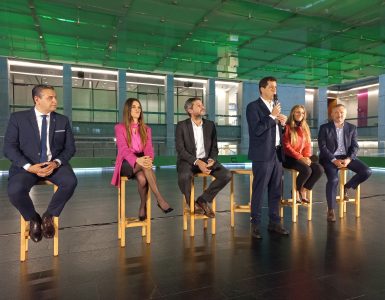 WE ARE INTRODUCING A SPECIAL VISA FOR DIGITAL NOMADS

Together with Minister of Tourism and Sports, Matías Lammens, Minister of the Interior, Eduardo De Pedro, and Director of Migrations, Florencia Carignano, INPROTUR’s Executive Secretary, Ricardo Sosa, participated in... 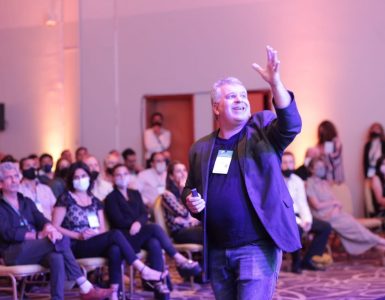 THE INPROTUR SHARED ITS LEADING STRATEGY FOR TOURISM INNOVATION

The Institute led by Ricardo Sosa was invited to open the panels of the first Tourism Innovation Forum held in Tucumán. Entrepreneurs, agents, and tourism workers met in Tucumán yesterday afternoon to take part in the... 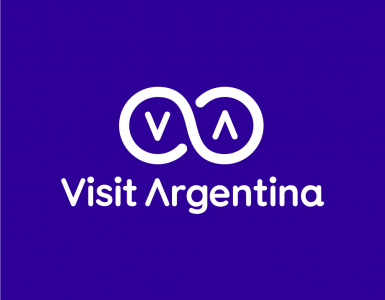 With an original revitalisation and an easy-to-read format, argentina.travelreinforces the view that it is the best source to learn about the unforgettable experience of travelling around Argentina from any screen in...