COLOMBIA MINISTER OF TOURISM: “WITH ARGENTINA, WE ARE WORKING ON AN AIR ROUTE BETWEEN MEDELLÍN AND BUENOS AIRES”

María Ximena Lombana recently confirmed that a direct connection will be developed between the two cities for next year. She announced it at the VitrinaTurística held in Bogotá, Colombia, the first face-to-face tourism event in Latin America after the onset of the pandemic, where Argentina had important meetings with the private sector in Colombia.

On the last day of the 40th edition of the ANATO fair, the Argentine authorities met with Minister of Industry, Trade and Tourism of Colombia María Ximena Lombana, who was grateful for the confidence and the participation of our country in the first post-pandemic face-to-face fair in Latin America. In the Minister’s words: “We hope to be able to announce a new air route soon, which we have been working on for a few months now and which will open a direct connection between Medellín and Buenos Aires”. She also highlighted: “We would like to thank Argentina for participating in this ANATO Vitrina Turística; we feel honored. The links between us are very important and Colombians are looking forward to visiting Argentina soon.”

Also present in the meeting where the Minister referred to the flight that Colombian low-cost airline Viva Air will operate as from 2022 were Director of Promotion of the National Bureau of Tourism Promotion (INPROTUR) Hernán Vanoli and Minister of the Argentine Embassy in Bogotá Raúl Ailan. Argentina was the guest of honor for the third time at the fair.

Argentina took part in the fair for the purpose of showing its commitment and confidence in view of the upcoming tourism recovery of the region and, after three days of work, the results were positive. The meetings with airlines, tour operators, OTAs and Travel Agencies have given us the possibility of generating new mid to long-term proposals and projects for Colombian tourists to travel to Argentina once the borders are reopened.

INPROTUR’s Executive Secretary Ricardo Sosa concluded that: “ANATO is giving us the important mission of working together with the airlines to recover the flight frequency and developing new routes, and with tour operators and travel agencies to generate promotional projects to lure Colombian tourists. As in FITUR, we have seen there is a huge demand to visit our country, also in the region”. Sosa added that: “The Ministry of Tourism and Sports and INPROTUR have the mission to reposition and promote our destinations. We have been working hard to train and make the whole sales chain in Argentina aware of that. Our participation in ANATO is the kickoff to restart working with the foreign tourism sector on a face-to-face basis. Last year and at the beginning of 2021, we did that work remotely, by holding a great deal of meetings and training sessions”.

Argentina had a 216 square-meter stand at the fair, with room for meetings and presentations. The delegates also brought sanitation kits to meet the health protocols in place and have increased hygiene measures. This was a special edition of the fair as the maximum capacity allowed was 40%, with strict compliance of the health measures in place.

The ANATO Vitrina Turística marked the comeback to face-to-face events and was an opportunity to highlight Argentina’s interest in developing tourism with the major organizations in the industry. 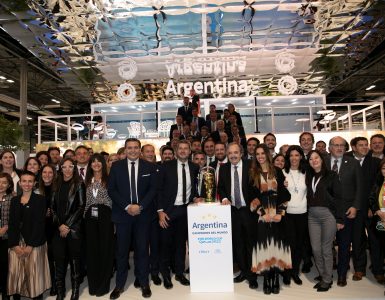 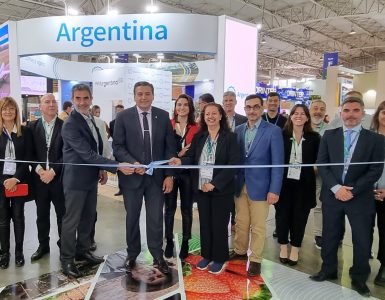 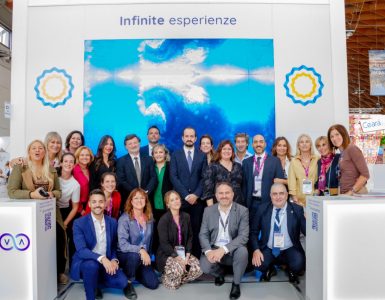