INPROTUR, led by Executive Secretary Ricardo Sosa, played a major role on the first day of the 2021 CITA (International Congress of Argentine Tourism) which was held virtually, for the purpose of organizing the tourism industry in the post-pandemic era.

New challenges, defining strategies for future tourism, coordinating joint work between the private and public sectors. These, among others, were the goals of the 2021 International Congress of Argentine Tourism (CITA) organized by the Ministry of Tourism and Sports of Argentina and the Argentine Chamber of Tourism (CAT) and sponsored by the National Bureau of Tourism Promotion (INPROTUR), the Federal Council of Tourism (CFT) and Aerolíneas Argentinas, which was held in the City of Buenos Aires, from May 12 to 14.

Led by Executive Secretary Ricardo Sosa, INPROTUR played a major role on the first day of the congress, with an active participation in the panel named The challenge of reconversion.

That is where Sosa highlighted the effort made by INPROTUR to keep the good position that Argentine tourism had in the completely new context posed by the current pandemic. “From the very first day of the pandemic, we have worked hard to welcome world tourism back. In this respect, with a vision towards the future, we developed over ten health protocols in different languages and were awarded the Safe Travels Stamp by the World Travel and Tourism Council, with the power to grant the stamp locally. There are currently 23 Argentine provinces, over 250 cities and more than 3 thousand companies that have been awarded the stamp”.

As Vanoli pointed out “By developing Aconcagua, we were able to systematize a great deal of data and get a deep understanding of our audiences. It is a great challenge to be able to both interpret and communicate that information. We have managed to generate Visit Argentina’s own identity along the way”.

On the other hand, Suárez remarked that “we have worked very hard not only to keep our audiences but also to quadruple their monthly growth rates, with a moderation team that deals with everything on a daily basis and with contents that fit the profile/market of each interaction. We are present in all the social networks and now on Tik Tok as well. By developing these contents, we are introducing communication about Argentine tourism into the world on a permanent basis”.

Sismanian highlighted that “we have generated major agreements with each of the CAT entities, such as CCGLAR, in connection with the LGBT segment; Destino Argentina, in connection with the luxury segment; AOCA in regard to Meetings Tourism, to keep Argentina’s leadership in the sector; with CAEM, by organizing the snow pre-sale campaign in the Brazilian market for the first time; and with AAETAV in regard to the Nature product as the symbol of future tourism. We also leveraged golf by means of a historical Alliance with the LA PGA Tour and other products that raise a great deal of interest such as Sports Fishing, Medical and Educational Tourism, among others”             Finally, in regard to the agenda for the next few days. Sosa announced that “next week we are going to participate in FITUR. We are convinced that we need to be present in all possible destinations. The pandemic causes uncertainty but we have to be prepared to welcome international tourism back once the health conditions allow it.”. 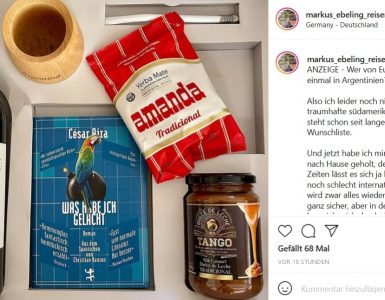 Inprotur’s new digital action will impact 25 million followers of the most outstanding instagrammers in Spain, Germany and England. In their posts and stories, they refer to the culture, food and habits of our country... 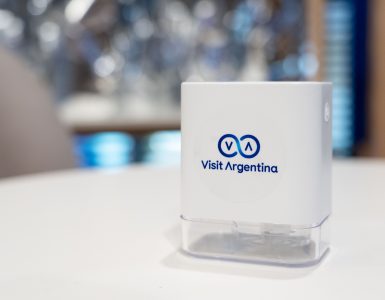 With a new modern proposal, Argentina participated in the first large face-to-face format fair in Madrid, Spain, by sending a reduced delegation led by Minister of Tourism and Sports Matías Lammens and National Bureau... 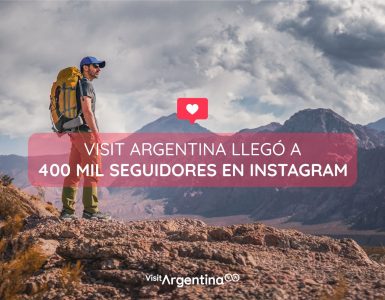