With the presence of numerous guests, the official opening event for the winter tourist season was held this weekend in Termas de Río Hondo. The ceremony was led by the Governor of Santiago del Estero, Gerardo Zamora, the Executive Secretary of the INPROTUR, Ricardo Sosa, and the Provisional President of the Senate, Claudia de Zamora, among other authorities.

The event, a tradition in that thermal city in northern Argentina, also featured top-level shows with performances carried out by Mora Godoy, Miguel Mateos, and Rusherking.

After the blessing of the hot springs and the welcoming speeches by local authorities, Governor Zamora highlighted INPROTUR’s work as regards the international promotion of Termas de Río Hondo, expressing gratitude for the actions that have been carried out.

Zamora said, “Thanks to the National Government, the Ministry of Tourism, Minister Matías Lammens, who promised to be there soon, and INPROTUR, led by a man from Santiago, Ricardo Sosa, who has joined us in this event.”

Next, he specified that “INPROTUR is the entity depending on Argentina’s Ministry of Tourism, but in an autonomous way. Its budget is allocated to draw international tourists to Argentina, generate publicity and incentives, and of course, promote all tourist activities in the country in all international forums and fairs.”

In this context, the Governor of the Province remarked that “from the current management, INPROTUR began to carry out promotional work with Santiago del Estero as well; we have been present in all international forums and fairs, developed an advertising campaign, and invited neighbouring countries to major events held here, such as the MotoGP and many other events at our racetrack, the golf course, and the San Martín Cultural Centre. All these allowed the Termas to be once again a highly valued international tourist destination,” the authority concluded.

In addition, Zamora announced the construction of a new bus terminal station in the city and new 600 living units that will improve urban aesthetics. He thanked health professionals for the work carried out during the pandemic and highlighted “the presence of tourists who are beginning to arrive at Termas to enjoy its hot spring waters at this time of the year.” The opening of the tourist season is a traditional ceremony in this northern city of Argentina and marks the official beginning of the winter seasonal activities. Yet, it is worth mentioning that, since a few years ago, the season has been extended to 10 months, as a result of new tourist products — especially strengthened by sport tourism, such as those taking place at Autodromo Internacional (MotoGP, which is held annually) and at the Golf Course (hosting the PGA Tour Latinoamerica). 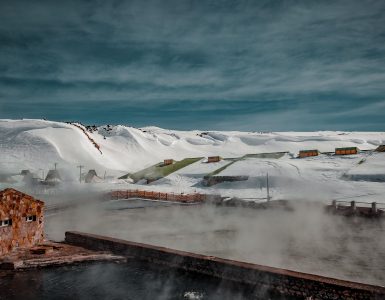 For the purpose of further enhancing its well-known proposals, in the first week of July, INPROTUR and various local destinations participated in a thermal tourism webinar organized by the Wellness Tourism Association... 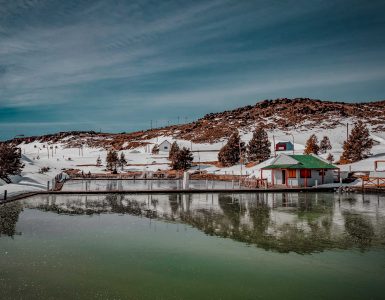 RELAXATION? GOOD LIFESTYLE? PLEASURE? ARGENTINA HAS IT ALL!

In the month of wellness, spa and relaxation, we are showing you eight destinations surrounded by nature, ideal to get a good rest and enjoy first-class facilities. Wellness is defined as the balance between spiritual...