Last weekend, the INPROTUR, together with the National Embassy of the European country, organised the Argentine Embassy Golf Cup in Rome. The Ambassador Roberto Carlés was present at the event, which aroused strong interest in the Italian market.

After the difficult moment the world went through due to the pandemic, we start seeing the light at the end of the tunnel with great expectations. In particular, Argentina tourism is in a great position to start reactivating its tourist offer thanks to its privileged geography and powerful nature.

The Executive Secretary of the National Institute of Tourism Promotion (INPORTUR), Ricardo Sosa, said, “With this type of events, the country gets stronger in one of the main European markets for our incoming tourism: the Italian market. Also, it focuses on the upmarket tourists, with high purchase power, who every year look for comforting experiences as those our destinations offer”.

This meeting represented a significant possibility to make sport tourism and gastronomy more known. The historical alliance between Visit Argentina and PGA Tour Latinoamérica was pointed out, as well as the more than 300 golf courses in our country, 25 of which welcome world tourists. As for the gastronomy, the guests, local press, and more than 30 tourism operators could taste the excellence of our dishes, such as the locro, Argentinian asado paired with national wines, and raspberries with chocolate from the south of our country.

It is worth pointing out that the Cup first-place award was an Air Europa flight ticket from Rome to Buenos Aires. As November 1st is getting closer (the date that welcomes world travellers to our country), Argentina starts bragging about the beauty of its destinations and invites tourists to travel around our six regions. 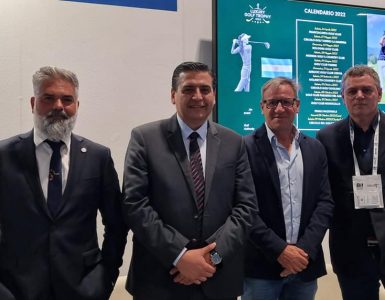 ARGENTINA IS HOLDING A GOLF CIRCUIT IN 10 ITALIAN CITIES

In order to strengthen golf tourism offers, Argentina is organising a golf tournament circuit in 10 Italian cities between April and November this year, allowing the country to promote all golf courses across Argentina... 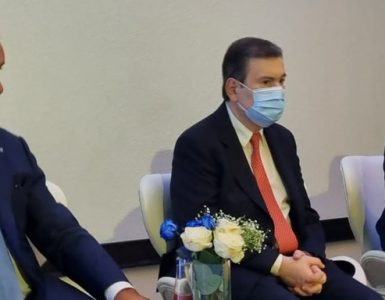 The INPROTUR, led by Executive Secretary Ricardo Sosa, together with Santiago del Estero’s Governor Gerardo Zamora, and Argentina’s Ambassador in Brazil Daniel Scioli made a presentation to tour operators in Curitiba... 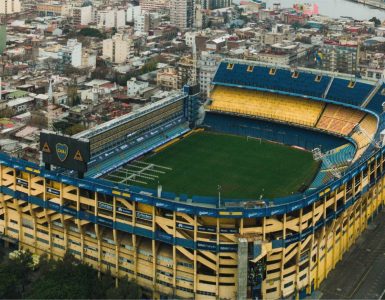