Norwegian Cruise Line confirmed it would operate again in our country as of December and set out the use of two luxury vessels. One of them will make four trips to Antarctica in the same season for the first time, making trust in Argentina visible thanks to its international tourism reactivation. At the same time, it generates a great economic impact for Buenos Aires, Puerto Madryn, and Ushuaia.

The company is currently carrying more than 2.7 million passengers per year. Its ships, considered a destination in themselves for their elegance and wide activity offers, will dock in Buenos Aires, Puerto Madryn, and Ushuaia. Before the pandemic, more than 40,000 people visited those cities in cruise ship seasons.

The company aims to operate in the country with two luxury vessels by 2021/2022. The Norwegian Star will dock in Buenos Aires on January 13th. It can carry 2,400 passengers and will have four routes to Antarctica, docking in Ushuaia and Puerto Madryn with some routes. This is the first time a ship of such dimensions will be making this number of trips to Antarctica in the same season.

All the replacements will be done in Buenos Aires, instead of making them in the Argentinian capital and the Chilean cities of Valparaíso and San Antonio.

In addition, the MV Marina will be incorporated. This luxury vessel will arrive in Ushuaia on December 13th and will also visit Buenos Aires and Puerto Madryn. It will have routes to Antarctica and Chile as well.

The INPROTUR’s Executive Secretary, Ricardo Sosa, considered that “Norwegian Cruise Line’s decision shows the trust that Argentinian tourism has earned. Also, Buenos Aires, Ushuaia, and Puerto Madryn will be benefited from it, and this is the first time in which several trips to Antarctica will be made in the same season. It is important to point out these pieces of news in the current context of tourism recovery.”

During the ’21/22 season, 19 dockings in Argentinian ports are expected with these two vessels, reasserting the importance of this segment to boost inbound tourism in the country. 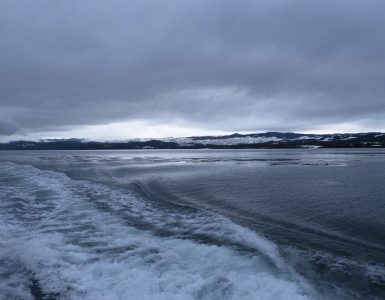 In August, INPROTUR met with members of the Cruise Lines International Association (CLIA) and MSC Cruceros to agree on a common work schedule and provide the necessary support to resume this vital business for welcoming...