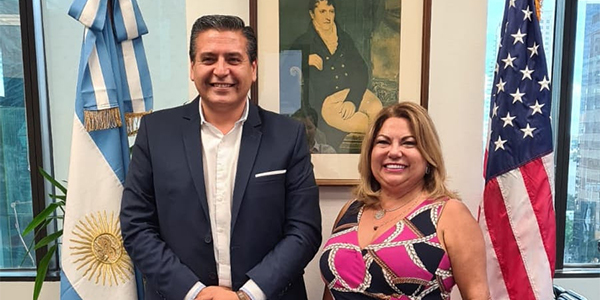 The meeting took place at the Consulate of Argentina in Miami, where the INPROTUR’s delegation, including the Director of Tourism Promotion, Hernan Vanoli, manages Argentina’s positioning and promotion abroad. They are precisely seeking to increase the air connectivity to our country, as per the guidelines of the Minister of Tourism and Sports of Argentina, Matías Lammens.

Among the non-neighbouring countries, the leading source of tourists to our territory is the USA. Besides, Americans are among the tourists who spend in dollars to a larger extent in Argentina.

On behalf of the airline, Gutierrez stated, “I am very pleased that we had this meeting with the Consulate of Argentina in Miami and to see Argentina’s aims to incorporate new air routes.”

In this sense, she added, “We are sure that these starting dialogues will be very successful since we are now aware of the proposal basis for companies, such as Eastern Airlines, to include flights from Miami to Buenos Aires or to other destinations, such as Iguazú and Tucumán.”

Sosa commented that this proposal “is based on a study carried out for the air-commercial development of new touristic destinations. Thus, suggesting a new triangular flight from Miami to Iguazú and Tucumán will make these two Argentinian destinations visible for markets, such as the south of the USA. In addition, we are also including the possibility of keeping boosting Tucumán’s commercial development with the use of aircraft holds for loading and exporting.”

He specified that, during their stay in Miami, they’d carry out air-commercial management meetings and gatherings with the media and tour operators to go deeper in the technical and analytical work to foster inbound tourism of this sector. Sosa stated, “The challenge is to make Florida and neighbouring states’ market a true source of tourists to Argentina. We are sure that this goal will be attained in the medium and long term with the airlines already operating and these new coming opportunities.” These ideas will be developed in the subsequent months.

Eastern Airlines, which already knows the route to Argentina as they operated repatriation flights from Miami, plans to include regular flights to Latin American and to receive new aircraft by the middle of next year. This will enable them to have flights to a larger number of countries, which fits the guidelines of making the Argentina market visible to tourists of this USA region. This airline is focused on the North American market, particularly for leisure. 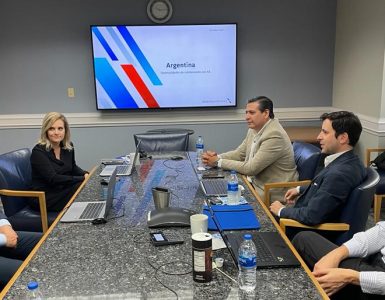 AMERICAN WILL OPERATE THE NUMBER OF FREQUENCIES THERE WAS BEFORE THE PANDEMIC FROM DALLAS, NEW YORK, AND MIAMI

In line with Argentina’s border reopening, American Airlines, one of the major United States airlines, confirmed that they will be operating the total number of flights they had before the pandemic as of November 1st... 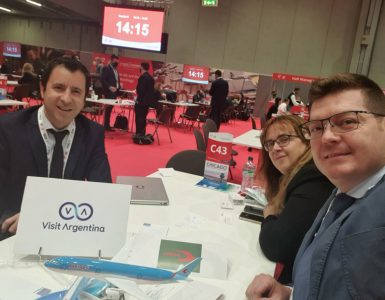 INPROTUR IN MILAN: SUCCESSFUL PROGRESS WITH SEVEN AIRLINES TO BRING MORE TOURISTS TO THE COUNTRY

During the event World Routes, meetings with seven airlines were held, including Air Transat from Canada, Neos from Italy, Spirit Airlines and Jet Blue from the USA, Virgin Atlantic from the UK, Viva Air from Colombia... 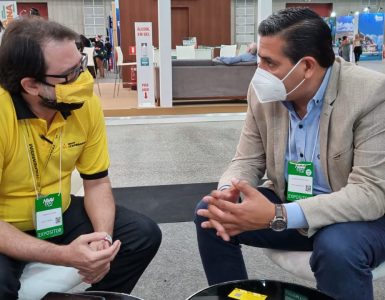 Itapemirim, the new Brazilian airline, has confirmed its interest in operating flights to Argentina. This occurred after the meeting between the INPROTUR’s Executive Secretary, Ricardo Sosa, and the company Commercial...