On May 25th and 26th, in the city of Santiago de Compostela, Spain, the 1st International Tourism Cooperation Congress was held. It was organised by ASICOTUR —an entity which is made up of representatives from 34 Ibero-American countries, and which enables the exchange of tourist experiences among the countries of the entire region.

The academic agenda covered topics, such as the role of the UNWTO in promoting tourism cooperation, and a round table analysing the “Adaptación del turismo regional a la nueva realidad: casos de éxito de cooperación transfronteriza” (Adaptation of Regional Tourism to the New Reality: Success Stories of Cross-border Cooperation). In such discussion panel, Rodrigo Baez, from the Undersecretariat of Institutional Relations and International Cooperation of the Ministry of Tourism and Sports of the Nation, referred to the experience of the joint work among Argentina, Brazil, Bolivia, Paraguay, and Uruguay to promote the Camino de los Jesuitas (Road of the Jesuits) that links the five countries.

The Executive Secretary of the INPROTUR, Ricardo Sosa, said, “This type of action brings us closer to the Spanish market, which is the most important in Europe regarding our inbound tourism, and also enhances our position in Latin America. Our tourist activity is in full reactivation, and it is essential that other countries are aware of this so that they take us as an example and, if necessary, we could also cooperate with them to assist global tourism in regaining pre-pandemic levels.”

Likewise, the President of ASICOTUR, Alejandro Rubin Carballo, introduced the panel “Proyecto Caminos Iniciáticos al Camino de Santiago” (Initial Paths to the Camino de Santiago Project), where the experiences of Panama and Brazil were presented, and in which Argentina has a great opportunity.

Finally, several panels were held to present experiences and success stories in tourism cooperation projects, in which Pablo Sismanian, representing the INPROTUR, spoke about good practices in tourism cooperation in the Ibero-American sphere, and about the opportunity that cooperation brings for tourism development. During the Congress, highly productive meetings were conducted, which, in turn, allowed boosting the promotion of our wide offer in terms of wellness, religious, and meeting tourism products. 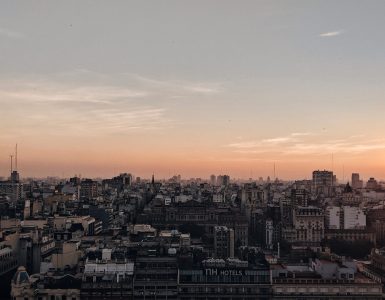 MICE TOURISM: ARGENTINA RECOGNIZED BY LATIN AMERICA AS THE REGION LEADER AT FIEXPO

Minister of Tourism and Sports Matías Lammens received the 2020 Forum award in the Political Forum of the Fair. In addition, INPROTUR’s Executive Secretary Ricardo Sosa was given a special recognition for the excellent...