Argentina presented its local tourist offer in the trade show, holding 15 meetings with the main French trade referents, with views to its border reopening for world tourists as of November 1st.

The relationship between France and Argentina, with historically great cultural affinity and understanding, has found new means of expression during the trade show Top Resa 2021. For four intensive days, the main trade show actors were glad to meet again after the virtual encounters due to the pandemic. Different plans and strategies were agreed on for the new coming phase.

Ricardo Sosa, the INPROTUR’s Executive Secretary, stated, “The French market is crucial for Argentina since it is the second source of tourists that come to our country. We aim at regaining, and of course increasing, the 2019 numbers. We believe we have a very attractive tourist offer regarding nature and culture —two aspects French people look for.”

Argentina set up a stand in the America Sector, where its tourist offer regarding the reopening as of November 1st was presented. Besides the INPROTUR delegation, private sector representatives also attended the trade show, including receptive tourism, entertainment and destination agencies, like Bariloche.

The INPROTUR agenda included meetings with French airlines, such as French Bee, Corsair, and Air France, to foster the development of new routes to increase the travellers’ flow between these countries. In addition, meetings with the most prestigious local media, such as Le Monde, L’ Equipe and Le Figaro, were carried out to present Argentina’s positioning programme and coordinate joint actions. Lastly, there were also encounters with many outgoing travel agencies and tour operators, including TUI Francia, ODIGEO, Tierra Latina, Alma Latina, Les Maisons du Voyage, Havas Voyages, Ponant and Mister Fly. One of the tour operators who met with Visit Argentina representatives said, “Argentina has a very good image in the French market.”

IFTM Top Resa is an international trade show for the tourist trade, mainly French. The main local actors from different tourism segments, such as business, leisure, groups, MICE and events, gather in this show. During four days, trainings and conferences are offered in order to show the changes, tendencies, and news of the market. More than 1,700 brands and 34,000 tourism professionals attended previous editions of this show trade. 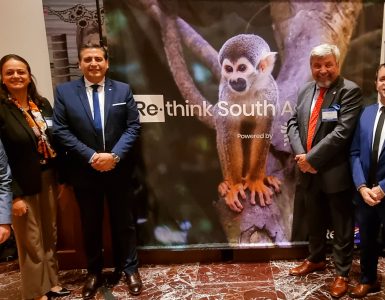 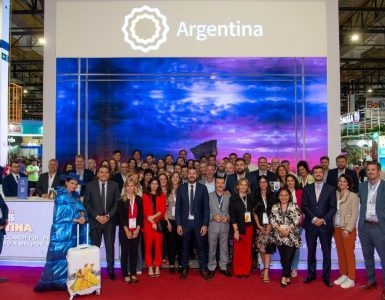 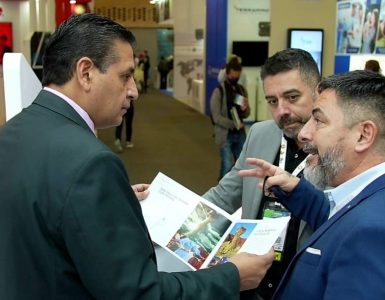