It is one of the major tourism icons in the province of La Pampa and perhaps the largest calden tree natural reserve worldwide.

The Department of Tourism of La Pampa has announced the reopening of Parque Luro. The park will have all necessary health protocols in place and visitors will be required to obtain an authorization at permisos.lapampa.gob.ar and then click on “Reservas para visitas turísticas en La Pampa”. It will be open Tuesdays through Sundays between 11am and 5pm.

In the words of Inprotur’s Executive Secretary Ricardo Sosa: “By reopening Parque Luro, Argentina keeps recovering recreational areas for tourists in a context that consolidates the work done in the province, with the required health protocols that guarantee the implementation of biosecurity measures and make it possible to generate proposals for both the local people and the potential local tourists”.

The park offers historical as well as natural attractions. Its historical aspect has gained importance because it was established as the first hunting area of the country at the beginning of the 20th century, and also because it was the venue where a number of personalities met to discuss the provintialization of the territory. The reserve is also home to El Castillo Museum, declared a National Historical Monument (the most outstanding attraction, the construction of which started in 1905), San Huberto, which houses an automobile museum unique in the province, and El Caserío Museum. It also includes historical buildings such as Tambo Modelo and Tanque del millón among others.

On the other hand, the natural attractions are key for tourism in the province due to the uniqueness of the three types of landscapes that can be found in the Park: the calden tree forest, the lagoon and the dunes; its exotic wildlife, which includes deer, wild pigs and 160 both migratory and resident bird species.

Parque Luro Provincial Reserve is a 7600-hectare protected area which preserves the calden tree ecosystem and offers a wide variety of vegetation, bird species, as well as landscapes of dunes, valleys and salt fields. 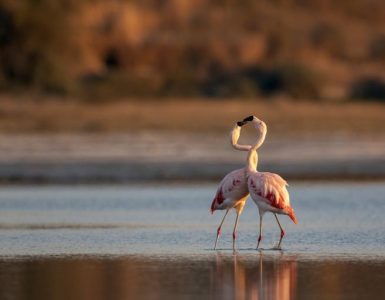 5 OUTDOOR ACTIVITIES TO DO IN ANSENUZA, THE NEXT NATIONAL PARK IN ARGENTINA

Located in Córdoba, it will be one of the largest national parks in our country. It offers excellent alternatives for travelers and countless natural landscapes within its more than 4,000 hectares, from bird watching to... 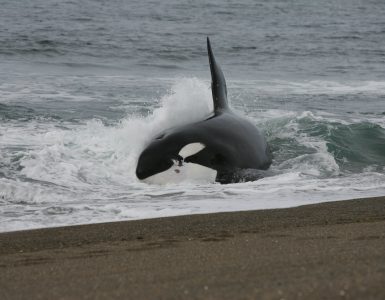 ARGENTINA TRAVEL TALKS ARE BACK, LIVE FROM CHUBUT AND IN VERY SPECIAL COMPANY

Last Wednesday March 31, INPROTUR hit another milestone in social networks when it broadcast the amazing beaching technique of the orcas from the Patagonian province. As usual, through Visit Argentina and also through...