This is the INPROTUR’s new achievement. The Institute was present in the last edition of the prestigious MICE Tourism fair, held in Las Vegas, United States of America. This tournament will create a direct economic impact of more than four million dollars for the country.

MICE Tourism keeps giving us good news for Argentinian tourism. After assuming leadership in South America, among many other important achievements, INPROTUR’s delegation closed its participation in the international fair IMEX America with another excellent news: Argentina will host the LGBT World Football Cup in 2024.

Eighty teams with about 1,600 participants will compete in the tournament. This significant event will imply an economic impact of more than four million dollars for the country, confirming this segment’s importance and Argentina’s ability to develop a world event of such magnitude.

INPROTUR’s Executive Secretary, Ricardo Sosa, claimed, “Upon obtaining the permission to host the LGBT World Football Cup 2024, Argentina is recognised worldwide, and it confirms its excellence to organise events of global importance. In parallel, it is also reassured that our country is a leader in diversity and hospitality. This cup is just the beginning of an unstoppable reactivation.”

IMEX America is one of the main MICE events, where more than 3,000 buyers, professional associations, DMCs, OPCs, and companies, among others, got together.

Visit Argentina team was accompanied by the consul of Argentina in Los Angeles, Rubén Caro, the Argentine Association of Organisers and Suppliers of Expositions, Congresses, Events, and Convention Bureaus (AOCA), 14 private sector companies, and the City of Buenos Aires, Bariloche, and Villa La Angostura destinations.

It is worth mentioning the outstanding stand with which the national delegation took part. It was made with an innovative design, putting forward transformation, mutation, sustainability, and interaction concepts. It included a massive LED screen (floor included), in which every participant had the opportunity to choose what to watch.

This way, images were displayed continuously, creating an imposing visual power, which was recognised by the audience. It is also important to point out Argentina was the only destination with sponsorship in the Hosted Buyers Lounge —an exclusive room where only international guest buyers were authorised. Thus, a closer approach to sector professionals was made in order to strengthen future actions for the benefit of the country. 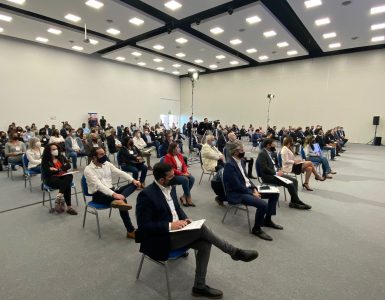 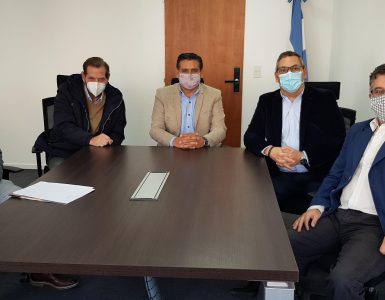 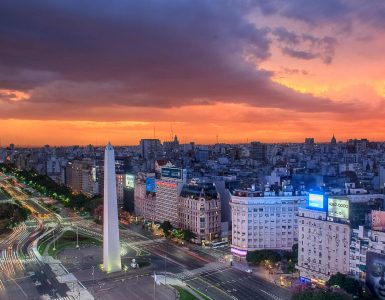