INPROTUR’s Executive Secretary Ricardo Sosa met with Manuel Pérez Diez, Commercial Manager of Catedral Alta Patagonia (concessionaire of the services offered at Cerro Catedral) in Bariloche to discuss the progress made so far on the USD 22 million investment 5-year masterplan which will benefit foreign tourists in the short term, with new ski and snow tourism services, once the health conditions allow it and the borders are reopened.

In view of the current situation, the private investment agreed upon by the concessionaire will also be supported by the international tourism promotion carried out by Inprotur in the major foreign visitors’ markets such as Brazil, Colombia and the USA, among others, to further consolidate the snow and ski segment.

In this respect, it is worth highlighting that in this snow season, local tourists could enjoy an exclusive service opened on the upper level of the Lynch Refuge for families, with the all-inclusive system and a limit of 40 people, which supplements the traditional service offered for skiers 2180 meters above sea level. That’s where Sosa and Pérez Diez met with the Refuge managers, Martín Díaz Varzilio and Maximiliano Martínez Almudevar.

As regards the work done in connection with the Masterplan, it’s worth noting that the manufacturing of four-seater chairs that will make up one of the three new lift systems is already underway in France and the structural support for these mechanisms has already been installed.

Pérez Diez explained that the project of this Masterplan is based on building a new spine in the center of the mountain by combining the technical snow-making system, the development of new trails and the construction of new state-of-the-art lift types, which will have capacity for a larger number of people and improve the ski area. The work will also include installing a new six-seater chair, two new four-seater chairs, as well as improving the technology of two double-seater chairs, among other changes that will guarantee the snow supply from the Plaza sector to the Base.

He added that this work will also involve developing a new trail to unify circulation from the upper third stretch to the base, thus ensuring the possibility of skiing all the way down. Sosa highlighted that “Cerro Catedral is the best developed ski resort in South America as it includes 1200 ski hectares divided into 60 trails. There are also forests and canyons that offer amazing views. All of this coupled with the works that are already underway will further position us as one of the leading countries in snow and ski tourism. The efforts being made by the Tourism Area both in Bariloche and Río Negro to further boost this tourism product are also worth noting”. 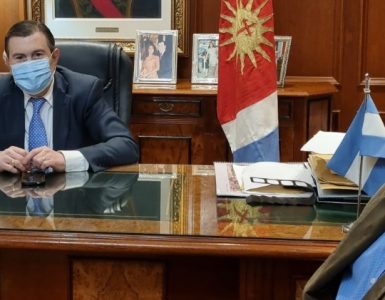 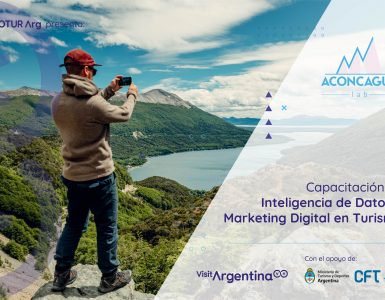 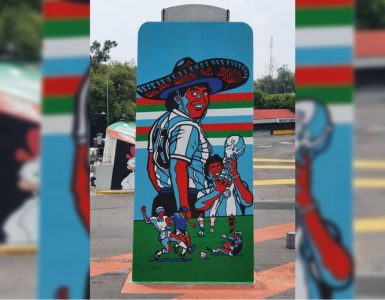 Supported by INPROTUR, the Argentine Embassy in Mexico unveiled a painting as a tribute to the magic of the Number Ten, at the Azteca Stadium, on the 35th anniversary of the Argentine Soccer Team’s triumph at the 1986...